It has been a little longer than I anticipated, but today I would like to continue with my discussion of the Loose Women campaign #MyBodyMyStory; once again focusing on the public response on social media.

I have been meaning to write this post for at least the past two weeks. However, there are two reasons for the delay:

1, I have been trying to write up a study and collect data for another (which I am looking forward to sharing with you very soon).

2, I was really quite frustrated about the comments that had prompted me to write, and my emotional babbling probably wouldn’t have made for a very good read.

Anyway, as indicated in my previous post, I want to talk about objectification and body shaming; which were unfortunately, two prevalent themes among reader responses to this campaign.

Objectification is defined as ‘the action of degrading someone to the status of a mere object.’ (Google Dictionary, 2017). This means that to objectify someone is to see, speak or treat them as if they have no thoughts, feelings and rights of their own, but are for example ‘a pretty face to look at’.

Objectification has been a central concept within feminist theory, with much discussion surrounding the damaging effects of such degrading, particularly in regards to gender inequality. One of my favourite theorists surrounding this theme is Laura Mulvey (1975), who discusses this in terms of the objectification of women in film. Indeed, in their essay entitled  “Visual Pleasure and Narrative Cinema”, Mulvey suggests that in the visual arts, objectification of the female form, for the pleasure of the heterosexual male viewer takes precedence. As a result, this positions women as passive, second class ‘objects’, in which only their appearance and the visual enjoyment it provides is valued.

But we are talking about a male body image campaign.

Whilst Mulvey’s essay looks at objectification in terms of the devaluing of women in film, it is important to remember that at the time of writing, there was still a much longer way to go towards gender equality than we see now. Indeed, writing in 1975, it was only in this year that the ‘Equal Pay Act and Sex Discrimination Act’ came into effect (The Guardian, 2003). Thus, the devaluation of women specifically was a very important topic of investigation. However, despite social discourses which may indicate otherwise, feminist theory is not specifically about the rights of women, but part of the movement towards gender equality.

In reading the comments on social media surrounding the male version of the Loose Women body confidence campaign, I was shocked to see so many responses in which the contributors were objectifying these men, particularly by women. Not just that, but in many cases, this was done in a negative fashion, which I can only describe as ‘Body Shaming’ these men. It was almost as if I had traveled back in time, and all the positive work towards reducing objectivity had been undone.

Don’t flaunt it then!

One argument is, that if these men did not want their bodies to be commented on, why do a photo shoot in just underwear? However, I wonder if the same women who degraded these men, would be as quick to body shame those who took part in the female version of the campaign. Of course, without asking them, I will never know. Nonetheless, my guess is – probably not!

The main problem for me is that these people probably did not see anything wrong with what they were posting in response to these pictures, and I would hope, had no intention of causing offence. Indeed, I think that this is a result of socialisation, and whilst there were also many people to point out that this body shaming was not okay, we do still need to look beyond those individuals to see what wider social influences might be contributing to continued objectification.

We all know what a habit is. I have a habit of grinding my teeth when I am concentrating, others may have the habit of biting their nails. They are all learned behaviours, which often become automatic responses, and can sometimes be quite difficult to give up.

I believe that this is the same with commenting on, or at least privately evaluating others physical attributes. Thus, whilst we are all very aware that people are not objects and that their attributes are wide ranging, through involvement with various social practices, talking about and thinking about the physical body and its properties has become the primary response for many, and perhaps, what we might call a habit!

Everywhere we turn, there are pictures of bodies, discussion of bodies, celebration of bodies, and a whole host of other appearance related images and topics of discussion. From the latest fad diet advertisement on your social networking news feed, to the muscular models on the covers of glossy magazines, we are bombarded with information surrounding the physical body. This is something which has been steadily increasing over time, and does not look likely to change any time soon.

Indeed, if we take a moment to consider (for example) some popular dating apps, in which potential matches are presented in the form of a profile picture, and little else. This is vastly different from the days when no one had a personal internet connection, let alone a phone to swipe left or right, and the Friday Ad housed all the personal dating ads in the form of around 50 words (not pictures) each.

I am not saying that physical aspects of the body are not important, indeed as I have said before, maintaining your physical health is extremely important. In addition, I would not be fooling anyone by saying that physical attraction is irrelevant (although there is no objective measure of this – we have all heard someone describe their ‘particular type’). What I am saying, is that I believe we can begin to see how the habit of passing judgement on physical appearance may be socially constructed. 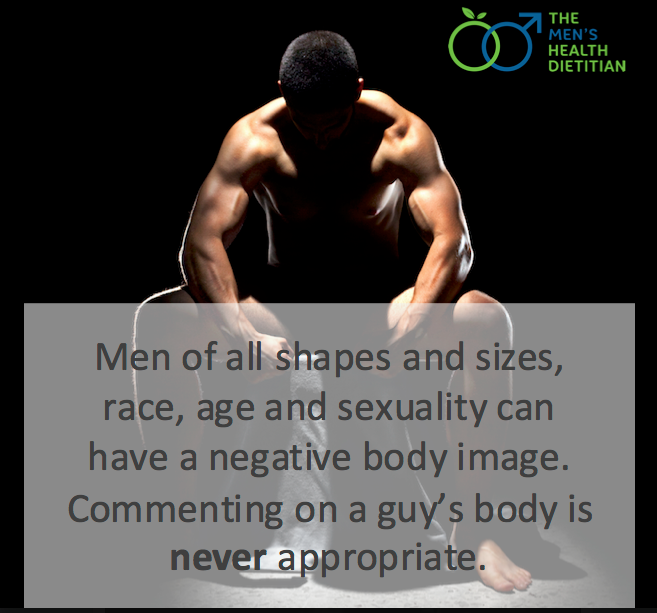 Body shaming is never okay, NEVER! This applies to all genders, all ages, and whether someone is wearing a swim suit, or one of those coats that looks like a sleeping bag that my mum would never let me have (but looked sooooo cozy)!

In fact, even supposedly positive comments on someone else’s body, such as “wow, you’ve gained, you look amazing!” can be extremely damaging – did they not look great before? However, I believe that commenting upon someone’s physical appearance has become a bit of a social habit, and one which will take a while to undo.

Even so, we can begin by understanding objectification, and realising that commenting on other people’s bodies (in a positive or negative way) is something that seems to have developed into a habit that we should probably try and break.

Therefore, I challenge you to write your own list of compliments that are not about physical appearance and try to use these instead of commenting on someone’s (or even your own) body.

Habits are hard to break, but not impossible! This appears to be a society wide habit, lets start providing the tools to help undo it.

View all posts by bodyimageresearcher

This is a text widget, which allows you to add text or HTML to your sidebar. You can use them to display text, links, images, HTML, or a combination of these. Edit them in the Widget section of the Customizer.
%d bloggers like this: